Recently I was involve in assembling a team from my company for a regional project and the thought came to me about the recent debacle of the France soccer team in the World Cup 2010. France exit in disgrace. What went wrong? They have some of the best professional players. It was apparent that they fail as a team.

Philippe Tétart, a French sports historian, said that France’s players had acted like spoiled celebrities instead of potential champions, creating damage beyond the team’s image.

Acting like prima donna, they revolted against the management, the coach and influence the younger players to boycott training. Even the France sport’s minister couldn’t persuade them. The only way France can repair its image and regain her pride is to “cut off,” these prima donnas and rebuild a young team from ground up.

Someone has sent me this quote:
"it's the best five players that win the game, not the five best players."
Do you know the differences?

Brooks knew that individual talents would take the team only so far. A willingness to fit into his style of selfless play would be far more important than talent. Clearly, team success, not individual glory, was the priority.

The Biblical call to service has a similar emphasis. In God’s purposes each believer does his or her part, but the results are team-oriented. After explaining the wide differences in the spiritual gifts of believers, Paul says, “the manifestation of the Spirit is given to each one for profit of all” (1 Cor. 12:7). When we use the skills God gives us, His purposes are accomplished, and He get the glory. In God’s service it’s not about been best, the most talented, or the most gifted. It’s about being the right people—the ones God “set…..in the body” (v.18)—joining together to serve the same team.— Bill Crowder 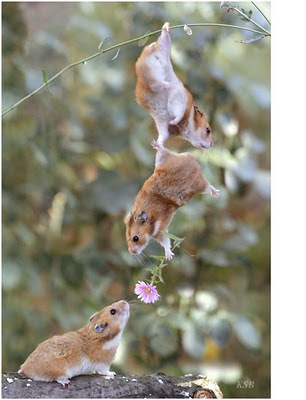 Email ThisBlogThis!Share to TwitterShare to FacebookShare to Pinterest
Labels: misc

We are the leading SAGE Business partner in the region. We specialises in implementation, training, support and customization of Sage 300 ERP & Sage CRM.

S. B Tan
Malaysia
You can make a difference!

Promote Your Page Too